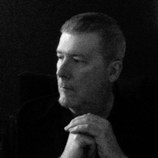 Darrell Newsom was born on a chilly Sunday afternoon during the escalation of the Cold War. It was during grade school that he discovered an interest in art. Later, comics became a favorite past time. Collecting hundreds of them, he became interested in drawing them. It was during this phase he became aware of the various drawing styles of comic artists and wanted to duplicate them. He learned the technical part of reproducing art in a commercial environment. High school came along and art was still his number one interest. Music was also an interest because of ten years of piano training. Technical school was next where he learned more about commercial art. After one year in tech school he was hired by an advertising agency. After more than 40 years in the business, it can be said, communication is the most important tool you can possess. Although music, cooking, movies, and kung fu occupy his spare time, it is creating graphics and drawing that are his main focus.